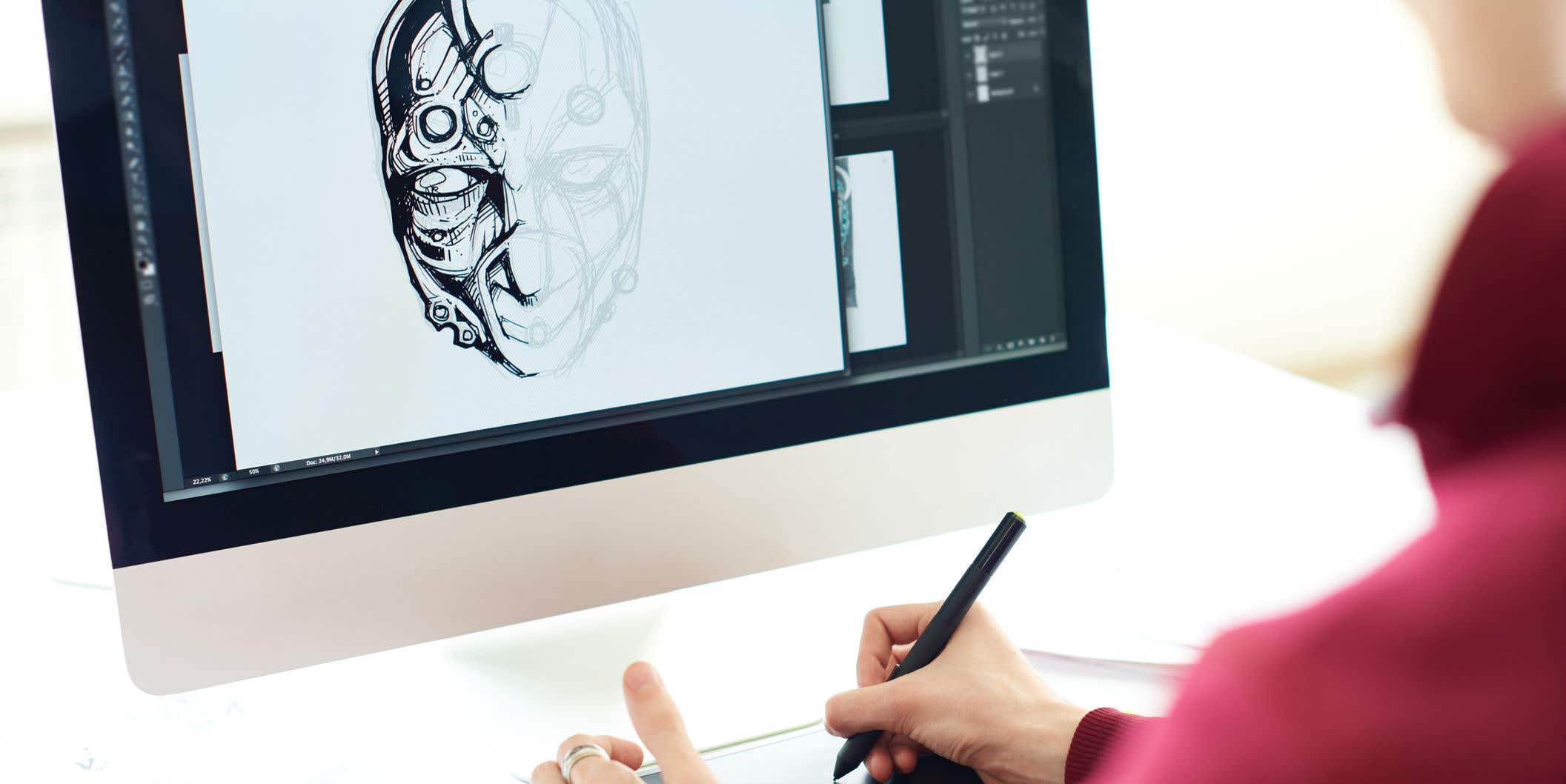 Not all animation software has a price tag

The internet and open-source communities have given us some outstanding free 2D and 3D animation software. Not only are these completely free to download, but they're often powerful enough to be used by professional animators!

Learn how to get animation designed

The excellent Pencil 2D is free and open source, which doesn't always mean good things in a market where paid animation software runs into hundreds of dollars. Though Pencil 2D comes with no price tag attached, it is quite a powerful software for vector and bitmap animation.

Unlike PAP 4.0 later on this list, Pencil 2D will let you create your compositions in color, with a pencil, pen and brush tools. The layout is quite minimalist and intuitive. Anyone who has a little experience using animation software — even total newbies — will be able to tell at a glance what they can do with the software.

The tool features layers, a timeline with a simple keyframe manipulation system, onion skinning, colors, pressure sensitivity, and workspace toolbars and panels that you can rearrange to suit.

Animators will appreciate the clean, uncluttered timeline where it is quite easy to add new frames on different layers, duplicate, change the frame rate and work quickly to create animations with minimal fuss.

To maximize the potential of Pencil 3D, and to see what's truly possible even with free software, you could always post a project on Freelancer. Pro animators can work magic even with the most basic tools.

Learn about the top trends in motion graphics

PAP 4.0, as we lovingly call Plastic Animation Paper, is probably one of the best free 2D hand-drawn animation tools that you can download for Windows. It is an indie project by animators who love their craft, though sadly their other work-in-progress Animation Paper hasn't yet seen the light of day.

PAP 4.0 will remind you of traditional light-table animation, complete with onion skinning, light setup, layers, and blue and red pens for planning and drafting poses and scenes. The application layout is unfussy and simple but packed with features for traditional animation. For many, it will be worthwhile to take the tutorials on the website.

When you are familiar with the numerous little icons (placed in well-designed minimalist windows around the workspace) and their capabilities, you'll find there is a lot you can do with PAP 4.0. The app supports your pressure-sensitive Wacom pen, and has intuitive shortcuts built in for zooming, rotating, toggling between the draw and erase modes and other little conveniences whose absence can be frustrating.

PAP 4.0 is primarily for pros planning their animation on their computer, which removes the need for line tests, scanners, and cameras, but it's also ideal for teachers and students of animation, who can see results quickly and learn just as fast. PAP 4.0 is lightweight and won't burn a hole in your machine's resources, unlike some of the other memory-guzzling software on this list.

Synfig Studio is a feature-rich animation app, free to download and use. Besides the usual drawing tools, keyframes, onion skinning, drawing tools, and shape tools that you find in applications of this kind, Synfig lets you create bitmap and vector animation, and also offers some advanced features that do take you through a learning curve.

Another feature which stands out is that the application automatically appends keyframes, so workflow is smooth. The tool works with pressure-sensitive tablets, though some users have made complaints about there being an offset between the Wacom pen cursor and the application screen.

If you don't face any issues with your tablet and stylus, then you can enjoy some pro features that are surprising in this free application. For instance, Synfig offers support for gradient routes with which you can shade your drawings, manipulate vector lines, choose from a variety of blend methods for your drawing, use a grid, and onion skinning.

Overall, Synfig is a great application for those who have a little experience handling animation software.

Creatoon is simple and intuitive. It lets you create cut-out style 2D animation and add special effects to them. Cut-out animation may seem obsolete, but it packs some advanced features. The app allows you to combine bitmaps with vector graphics, and you can edit and preview changes you make to your animation in real-time, which can save a lot of hassle and frustration.

Creatoon also gives you auto in-betweening. The layout is pretty straightforward, which is a relief since it is not possible to rearrange the various panels and menus on the interface for quicker workflow. It also lets you add some nifty special effects to your animation. One stand-out feature is that Creatoon enables you to segregate your animation elements, manipulate the progression of brush movements, and tweak how precise the sketch tool is. Whether you're just starting out learning or have a refreshing idea for cut-out animation, Creatoon will have something for you.

Using animation software to build a mobile game? Find out how to build your game from start to finish

As the name suggests, Stykz lets you manipulate vector figures into 2D animation. Like PAP 4.0, you may be able to use Stykz as a planning tool for your animation. Unlike many of the programs on this list, Stykz is cross-platform, running on Linux, Windows, and Mac. Furthermore, choosing to not alienate a large chunk of the world's population is not the application's only USP.

Stykz borrows features from PivotStickFigure, such as support for STK files. If you've already worked on files downloaded in STK format, you can import them into the software. Stykz lets you work with frames and use onion skinning to make them transition naturally.

Toon Boom is an Emmy award-winning software with a free trial version that you must try out if only for sheer pleasure. The application has an interface that isn’t too easy to read at the outset. The learning curve is steep, but with a little time spent you can begin to appreciate the powerful features of this application.

Toon Boom Animate Pro 3 lets you achieve frame-by-frame animation with rich cut-out rigging features. You get a pressure-sensitive pencil, texture brushes, onion skinning, an intuitive interface and a feature known as Bone Deform, among other things. This feature lets you deform your cut-out figures around their bones for realistic movements. As with vector applications, lines on drawings are easy to manipulate. If you're using Toon Boom on a tablet, you can also enjoy touch shortcuts to zoom and rotate your canvas as you work.

Note that Toon Boom Animate Pro 3 can be a little resource hungry, but it's a fantastic tool for pros, and amateurs will enjoy using it as well.

Bryce is a classic 3D modeling, rendering and animation engine for beginners to try their hands at manipulating a library of 3D objects. It was probably one of the first animation programs that many young animators lost their milk teeth on in the 2000s.

Character Design of an Outcast

Initially released on Mac in 1994, the software has since evolved and turned into a stunning platform on which to manipulate fractal landscapes quickly and easily. Those who remember the earliest versions of Bryce will recall the realistic images of coastlines and mountain ranges created from fractal geometry.

The latest release, Bryce 7, comes in a $20 version which is practically free when you realize that it's the same version that, in 2010, was selling for nearly $200. Bryce lets you use particle emitters, an instancing lab, and an improved light lab.

You can also download additional materials from numerous creators to use in your 3D animation via the official website.

Blender is a popular free 3D animator that experts, scientists, video game developers, studio artists and other professionals use around the world. This open-source software has been around for some time and evolved into a sophisticated application.

There is a learning curve involved; beginners may find the application a little unintuitive and it could take some time to understand all its features and capabilities.

Blender offers tools for modeling, lighting, video operations after conversion, other animation tools, and much more. Blender also works across all major platforms and operating systems, though if you have support for OpenGL, you'll enjoy smoother workflow and performance.

This application is notable for its text animation, though you do get the tools and options to add effects to drawn images and videos. You can add effects like flames, snow and fireworks to objects in the application.

When you're done creating a video, Aurora 3D will let you convert the video either to Flash, GIF or video formats. Aurora is not free, but there’s a trial available before the paid subscription.

Here's another cloud-based software that doesn't need any plugins to work. You get a good combination of basic stick-figure animation and polygonal modeling.

The software gives you a great range of mesh instruments to use. You also have features like sub-object editing, modeling features like subdivision surfaces, and lots of realistic-looking materials that you can tweak with some adjustable lighting.

The simple interface has a clean design, and if you still have queries you'd like answered, you can turn to the 80,000-strong community that shares its artwork on the cloud of Clara.io.

DAZ Studio was once responsible for re-releasing Bryce 5.5 as freeware after it acquired Bryce from Corel. The studio also offers a free application that you can use to pose, render and animate 3D figures. Simply register and then download the software.

The software is user-friendly, has a super-fast design engine, and an enormous library containing materials that you can use to whip up high-quality animations. A steep learning curve allows its users to cover a lot of info in little time. DAZ Studio is not only for amateurs but pros as well.

The 12 big graphic design trends of 2019
If you want your brand to stand apart from the crowd, or if you want to be at the cutting edge of graphic design, add these trends to your repertoire.
5 MIN READ

10 great tips for 3D graphic design
The field of 3D graphic design is super competitive. Follow our tips to become a fantastic designer and increase your employability in this market.
4 MIN READ 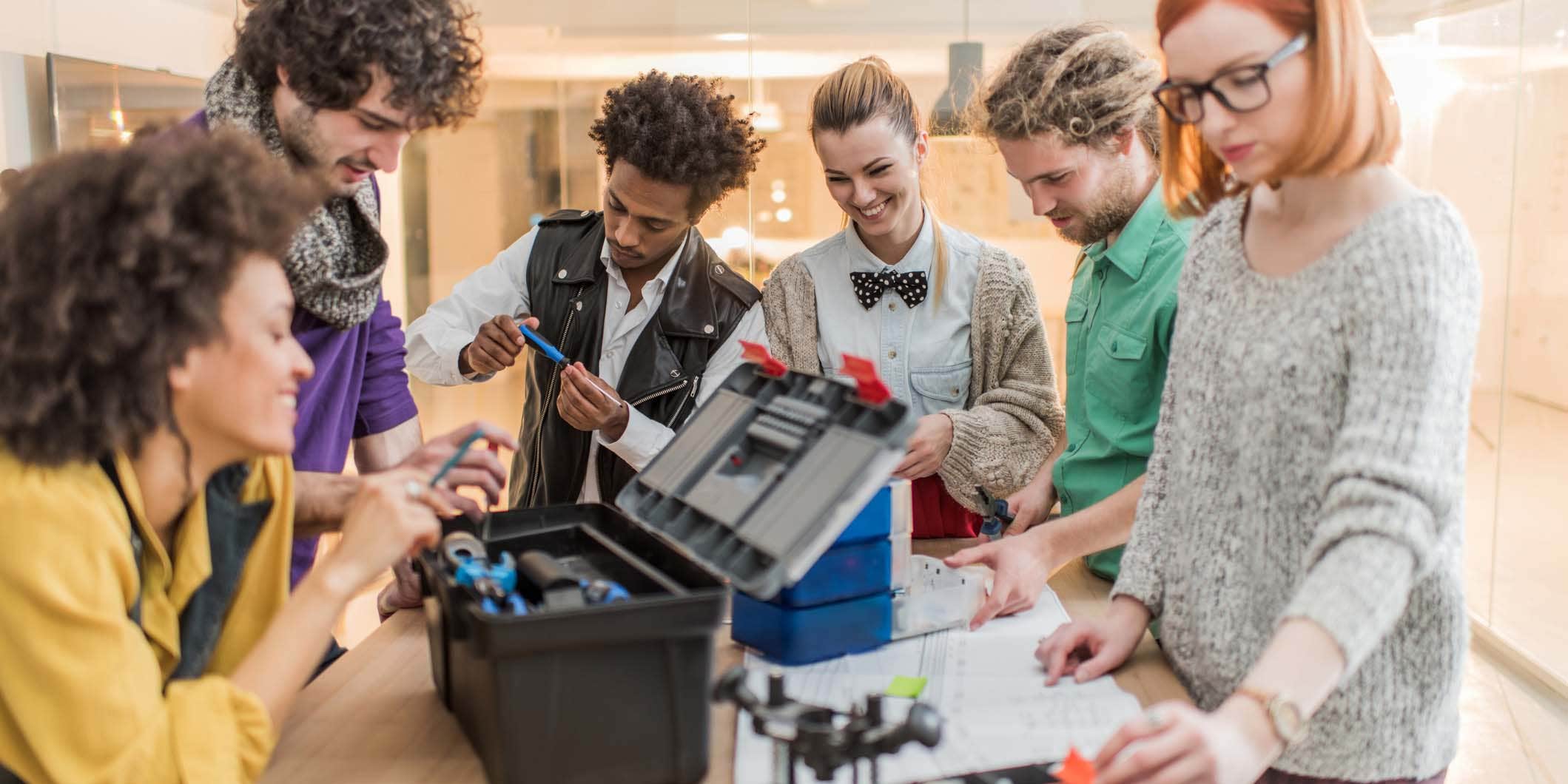 The graphic designer's essential toolkit
If you're a graphic designer, you need to make sure you're using the very best tools. Here's a list of the greatest software and hardware for the job.
9 MIN READ 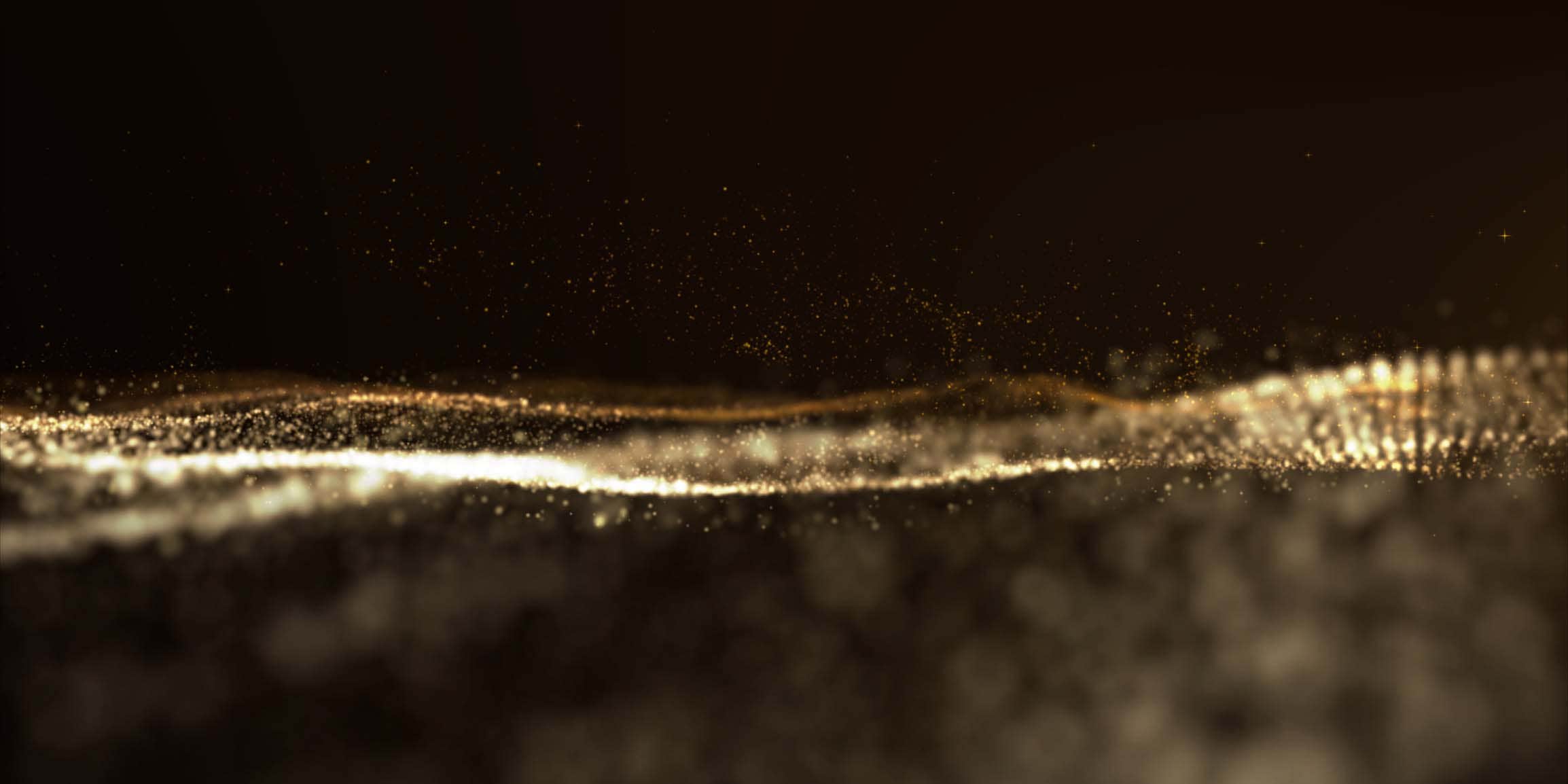